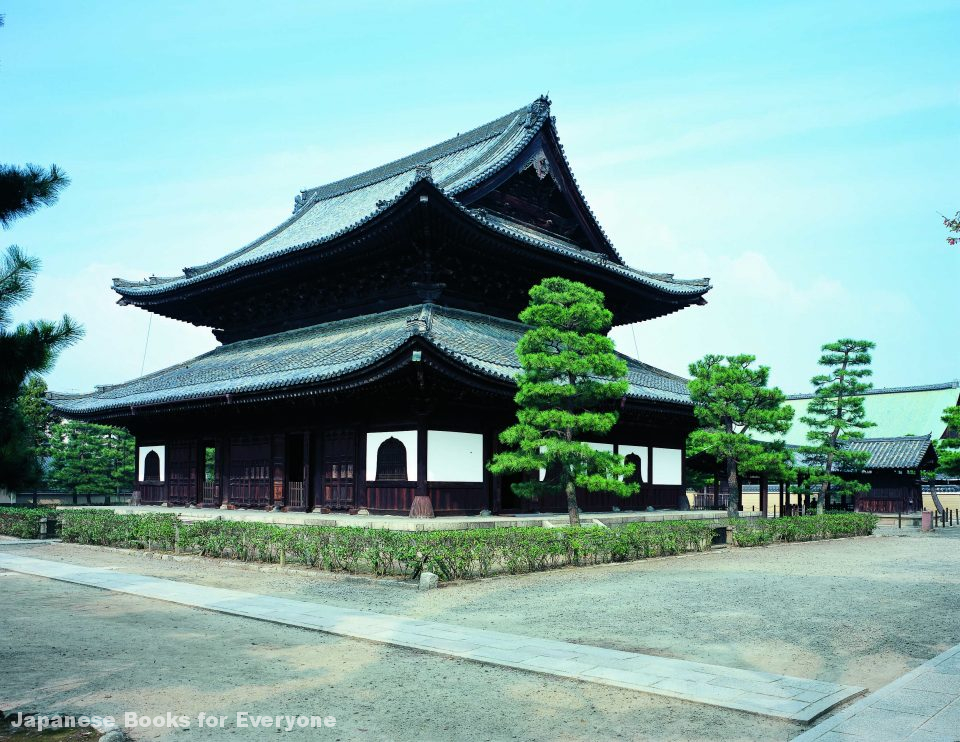 Photographed above:
Kennin-ji's hatto (lecture hall); 1765
The hatto features arched katomado windows under the ends of a pent roof and a sankarado (paneled Chinese door) entrance, both structural components typical of traditional Zen architecture. There is a great dignity of spirit that is reflected in the hall's second name, Nenge-do, which references the nenge misho—“pick up flower, subtly smiling”—legend of Buddha’s mind-to-mind transmission of wisdom to one of his principal disciples.

Kennin-ji’s founder, Yosai Zenji, was lamenting the pitiful state of Buddhism in the latter days of the Heian period (794–1185), and wanted to breathe a bit of fresh air into the Japanese Buddhist world by bringing Chinese Zen (chan) to Japan. He travelled to China in 1168 at just 28 years old, and made a second visit at the age of 47 to practice under master Xuan Huaichang of the Oryo (Huanglong in Chinese), or “Yellow Dragon,” lineage of Rinzai Zen at Wannian Temple on Mt. Tiantai. After studying Oryo Zen under Xuan for four years, he received the dharma transmission. Yosai was finally awarded priest’s robes as proof of his permission to teach Rinzai Oryo Zen.

When he returned to Japan, Yosai went to Hirado in Nagasaki prefecture (then Hizen Province) and established the first place in in the country for living daily life according to Zen principles. Although there were only some 10-odd members, the seeds of fundamental Buddhist teachings were sown for the first time. “Without reliance on words or letters, special transmission outside the scriptures directly pointing to the human mind, attaining awareness and entering Nirvana” is one such teaching.

Yosai went on to live a frugal life and was often asked for help by the needy. He even is said to have, much to the astonishment of his disciples, once removed a halo from the statue of Yakushi Nyorai (the Buddha of medicine) to sell to help the poor. 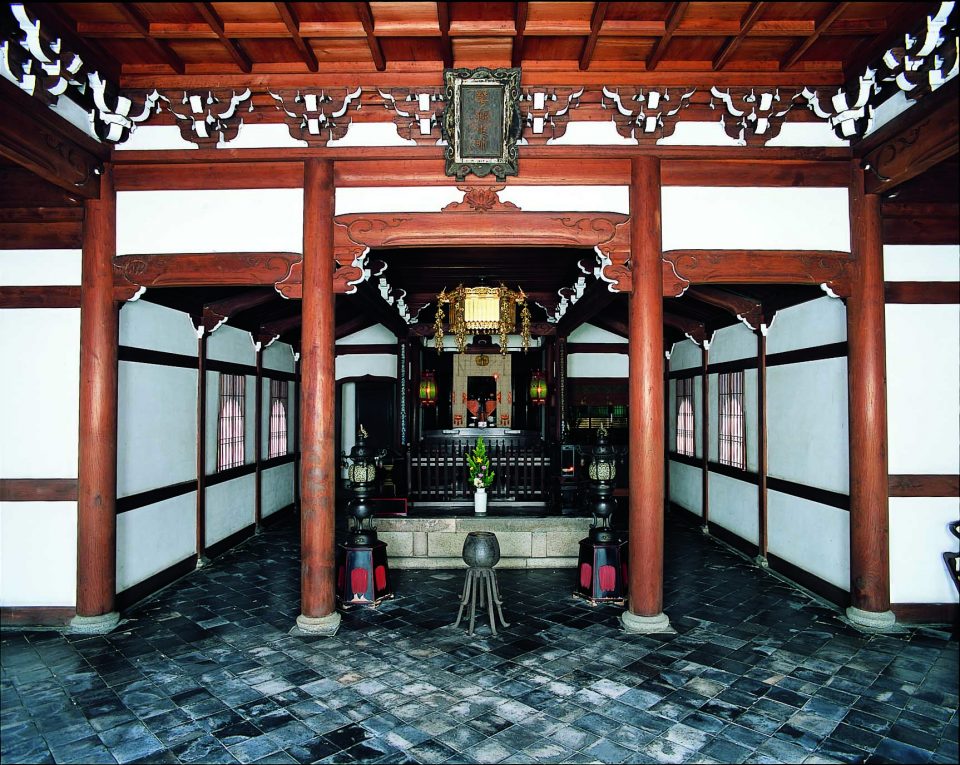 Built as the burial place for Yosai in 1884. Inside, square floor tiles are laid on the diagonal and an octopus-leg incense burner stands in the center. Looking at the ground plan of the hall, the Raido (worship hall), Ai no Ma (intermediate space), and Shido (mortuary hall) form a convex pattern with the Raido at the front. The Raido is 7 bays wide and 3 bays deep, with a hip-and-gable roof and traditional hon-gawara buki roof tiling. In the Ai no Ma is Yosai’s “nirvana-entering pagoda,” which sits on a stone altar enclosed by a wooden fence, where a lamp burns continuously day and night. A solemn air always pervades the atmosphere in this most sacred place within the temple grounds, where chief priests take turns keeping continual watch.

Even to this day, three of the Bodhi trees that Yosai brought back from the Song dynasty remain in the front garden.

With the stroke of an artist’s pen comes a profound revival of the classic zuihitsu!

One of the three greatest zuihitsu (collection of creative essays, lists, episodes) in manga form. Although lured into seclusion, a Buddhist monk cannot relinquish his earthly existence. Here, his observations of life and the transience of being are illustrated with depth by veteran manga artist Hōsei Hasegawa. This is the perfect gift for literary enthusiasts and language learners alike!

Reported by Shogakukan Weekly Books. Exploring the Ancient Temples of Japan no.44. Photos by Katsuhiko Mizuno. Translated by Interbooks. Edited by Devon Menuez.