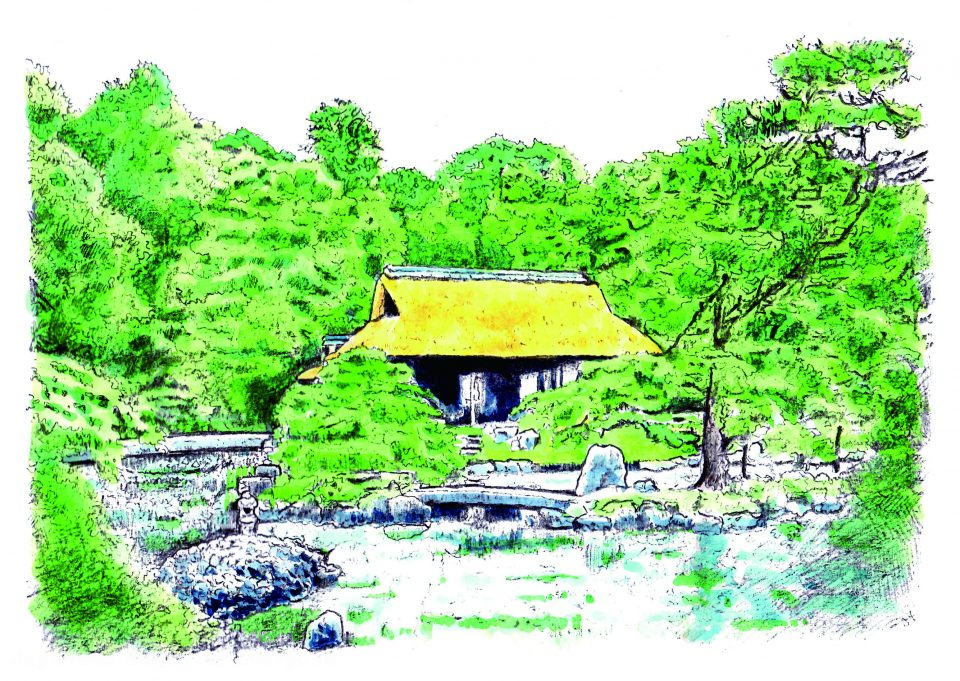 Beautiful pond gardens (chisen-teien) such as the Hamarikyu Gardens on the Tokyo Bay, offer visitors a serene escape from the noise of the city. 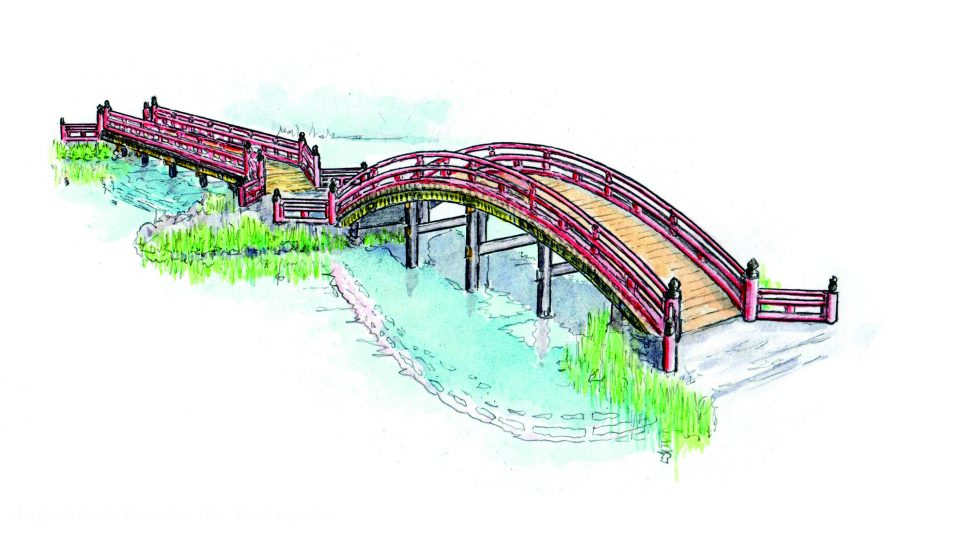 Many different types of bridges are employed in Japanese gardens. Arranged by material, there are dirt, wooden, and stone bridges. Arranged by shape, there are hira-bashi (flat bridges), sori-bashi or taiko-bashi (bridges that rise up at the center), yatsu-hashi (eight-planked zigzag bridges that wander through ponds of irises), and tei-kyo (roofed bridges). In gardens of Buddhist or Shinto influence, a sora-bashi or taiko-bashi represents the crossing over from this world to the one after. Yatsu-hashi are inspired by a scene from a classic Japanese tale.

Excluding restorations, the bridge of three stones in the garden at Tenryu-ji Temple is thought to be the oldest standing bridge. The stones themselves are said to be an allusion to an episode of Zen lore. A Zen monk had secluded himself in a mountain retreat when two friends came to visit him. They drank and talked together and when it was time to leave, the monk walked with his friends as far as the bridge. On the other side of the bridge was the secular, mundane world and a practicing monk was not allowed to pass over; but, engrossed in conversation, the monk unwittingly crossed the bridge, and the three of them laughed together at what had happened. The three stones are thought to represent this episode.

The shape of garden ponds varies greatly depending on the contours and conditions of the site, although they tend to have curved banks. It is also common to see artificial peninsulas, which are used to create a sense of depth.

Throughout the Nara and Heian periods (8th-12th century), it was typical for aristocratic residences to overlook a large pond garden to the south. In these gardens, Heian nobles would launch ryuto-gekishu (double-prowed pleasure crafts) decorated with the figureheads of a dragon and geki (a mythical bird from Chinese legend) and amuse themselves by holding concerts. Gardens meant to be enjoyed by boat in this way are called shuyushiki-teien (boating gardens).

From the 13th century onward, the scale of ponds grew smaller and came to be arranged so that one could wander around their circumference. This was the birth of the kaiyushiki-teien (the promenade garden). With the Edo period and the daimyo gardens, larger ponds once again came into fashion.

Written in both English and Japanese. This unique handbook provides a basic introduction to Shinto, the indigenous religion of Japan, including prayer etiquette at shrines, ceremonies conducted for life events from childhood through old age, and famous shrines in Japan. A perfect gift for anyone planning to visit Japan or interested in Japanese culture.