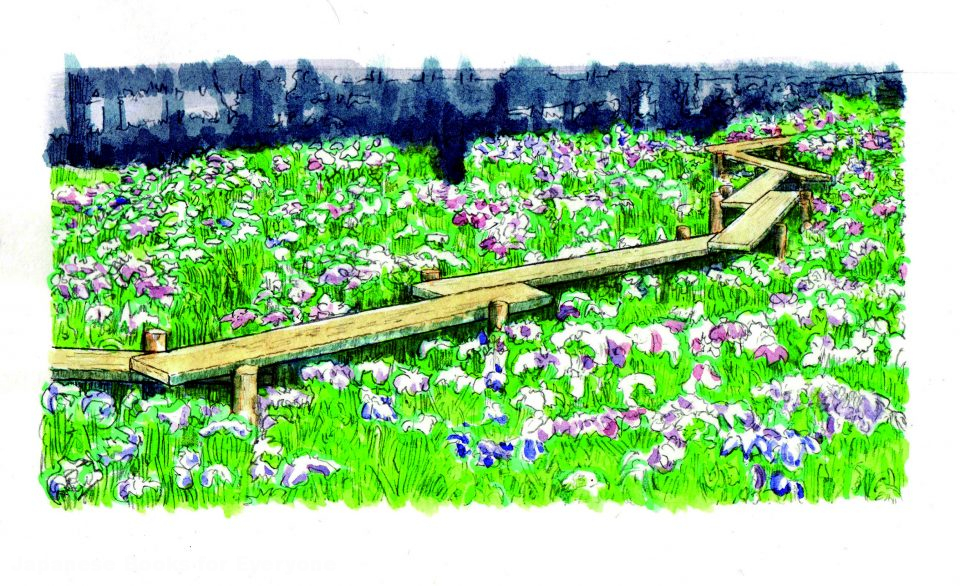 The history of the Japanese garden reaches back to the second half of the six century, the Asuka Period (6th-7th Century). It was during the Asuka Period that Japan was first exposed to the civilization of its more advanced neighbor, China, and landscape gardening was one of the many cultural imports of the period. It is for that reason that Japanese gardening bears the mark of Chinese mythology and legend.

Japanese gardens can be broadly divided into two types: Pond Gardens, chisen-teien, which incorporate water features, and Dry Landscape Gardens, karesansui-teien, which do not. When water is employed, it is almost always arranged with curving banks. This aesthetic is thought to be derived from nature itself, all of whose works be they plant or river, are drawn in curved lines. The Japanese archipelago boasts many rich and varied natural landscapes, and its inhabitants have lived together with nature since primeval times. Even as nature could at times turn violent, on the whole it was generous and bounteous, and the ancient inhabitants of Japan found a beauty and softness in its curved lines.

The first-ever publication of the complete picture-album edition of Hiroshige’s final tour de force, the One Hundred Famous Views of Edo series of woodblock prints.

The world’s finest printing technology and Shogakukan’s special Ukiyo-e paper give life to the colors of the earliest printings which have been preserved for 150 years. In addition to all 120 works comprising the titular series, this precious collection brings together Eight Views of Omi, paintings by Hiroshige II, and Memorial Pictures of Hiroshige in picture-album format.