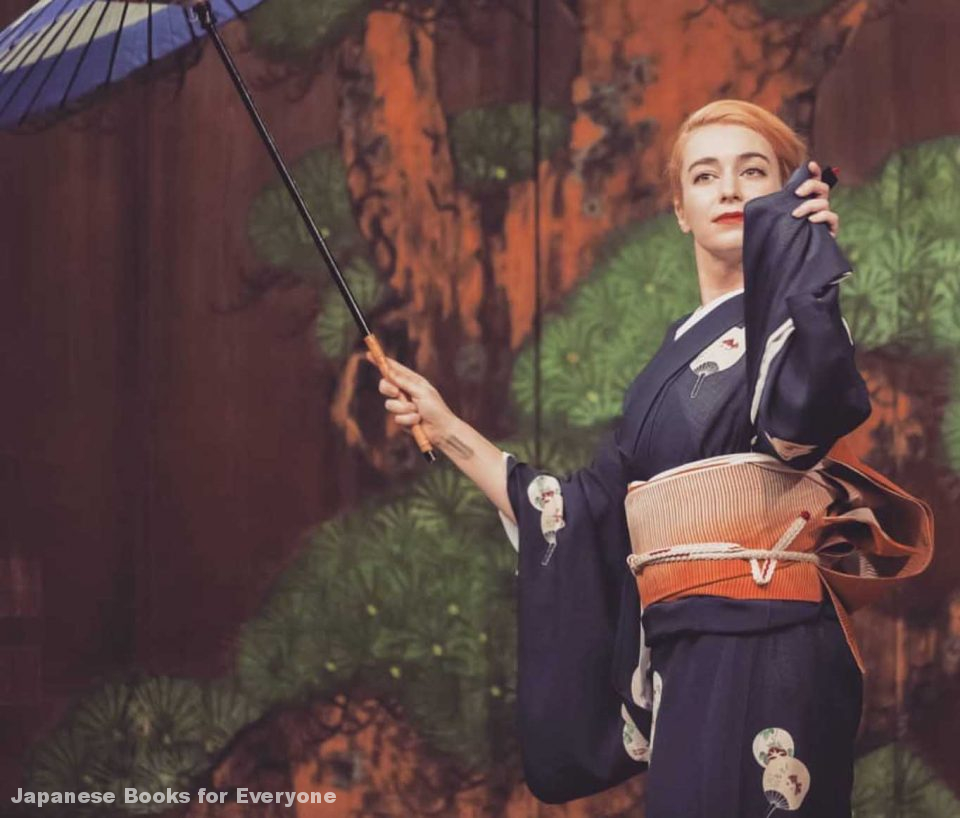 The Colorful World of Kabuki

Born Santa Cruz, California. After dancing as a professional ballerina, Devon relocated to Portland, Oregon, where she dabbled in myriad fields—dance education, graphic design, food, wine, and nihonshu (Japanese saké). Prior to moving to Japan permanently, she studied abroad at Waseda and Aoyama Universities in Tokyo, and graduated summa cum laude with a degree in Japanese Language and Literature and Creative Writing from Portland State University. She currently works as an editor and translator, practices Nihon Buyō (traditional Japanese dance of the Kabuki stage), and frequents the Tokyo Kabuki theaters. The photo above features Devon performing Nihon Buyō in Kyoto. 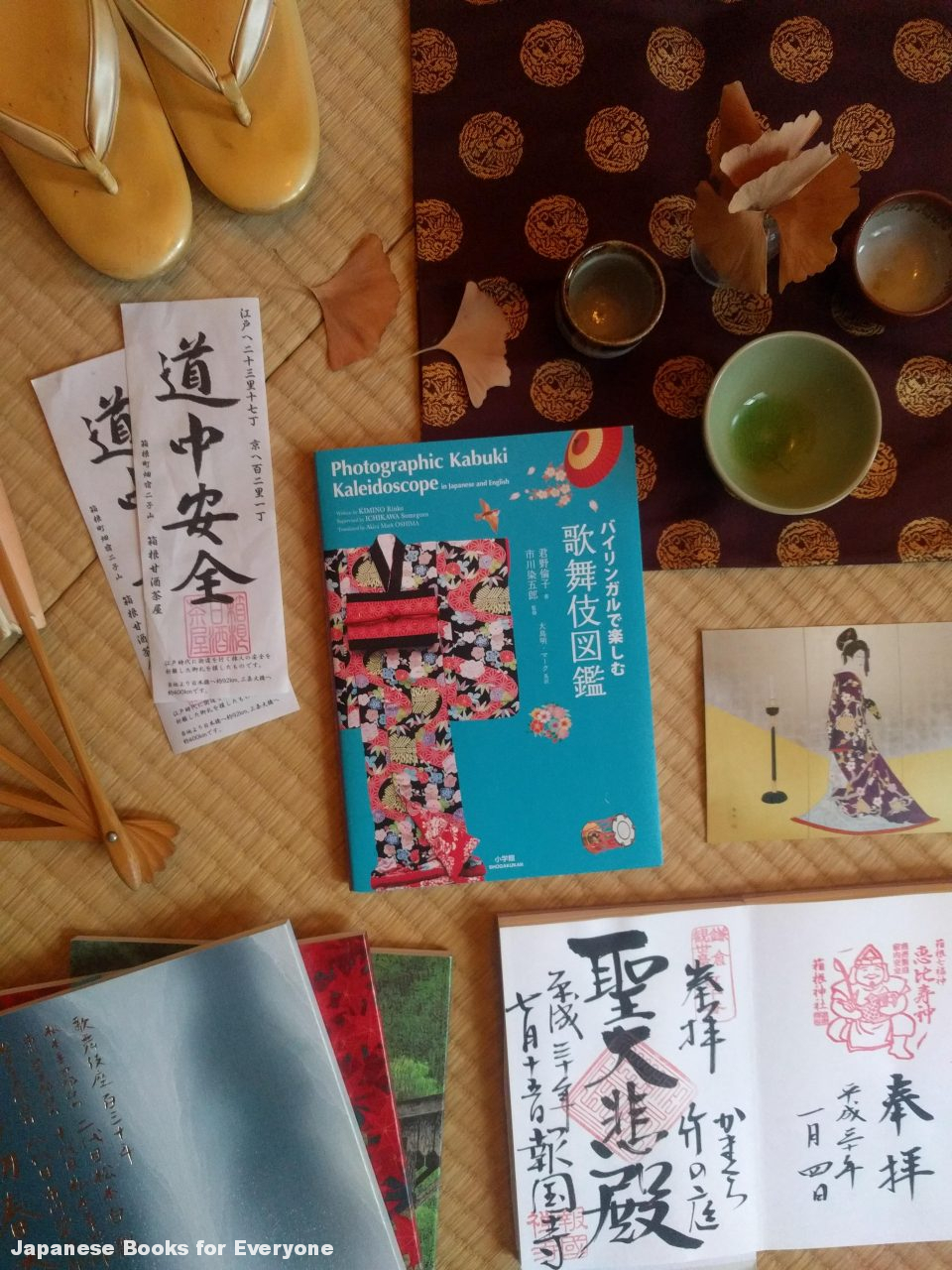 A stage filled with extravagant costumes, forbidden romance, gods, and ghosts so frightening they’d make you shiver in the sticky heat of July. Before anime, before J-pop, before manga, there was one form of entertainment that ruled them all—Kabuki. In the mind of Devon Menuez, the drama and visual flare of the Kabuki stage was no doubt the father of modern Japanese pop culture. “After I saw my first play in Tokyo, I became absolutely obsessed,” she says. “It never ceases to amaze me that anime can be so insanely popular across the planet, while the majority of people, even in Japan, have never seen Kabuki. I guarantee you: if fans of Dragon Ball Z knew about Kabuki, they’d be just as crazy for it as I am!”

Since moving to Japan, Devon and her husband have watched shows at Kabuki-za and The National theaters in Tokyo nearly every month. “More so than the bravado machismo of the villains, I find myself fascinated by how gorgeously the men on stage can play women, how the seasons spring to life and permeate the mood of the entire theatre,” she explains. “Most of all, I love sewa danmari—strange scenes in which characters are travelling in silence, searching for each other in the nebulous dark."

The photo below shows Devon last winter, in Hakone. "When my [now] husband and I were in Hakone last winter, we walked along the old Tokaido road. It was snowing outside and we were the only ones on the trail, but a woman at this centuries-old tea house gave us charms for safe travel as we went. I felt like we had time-slipped back to the Edo period and were living out a danmari scene.” 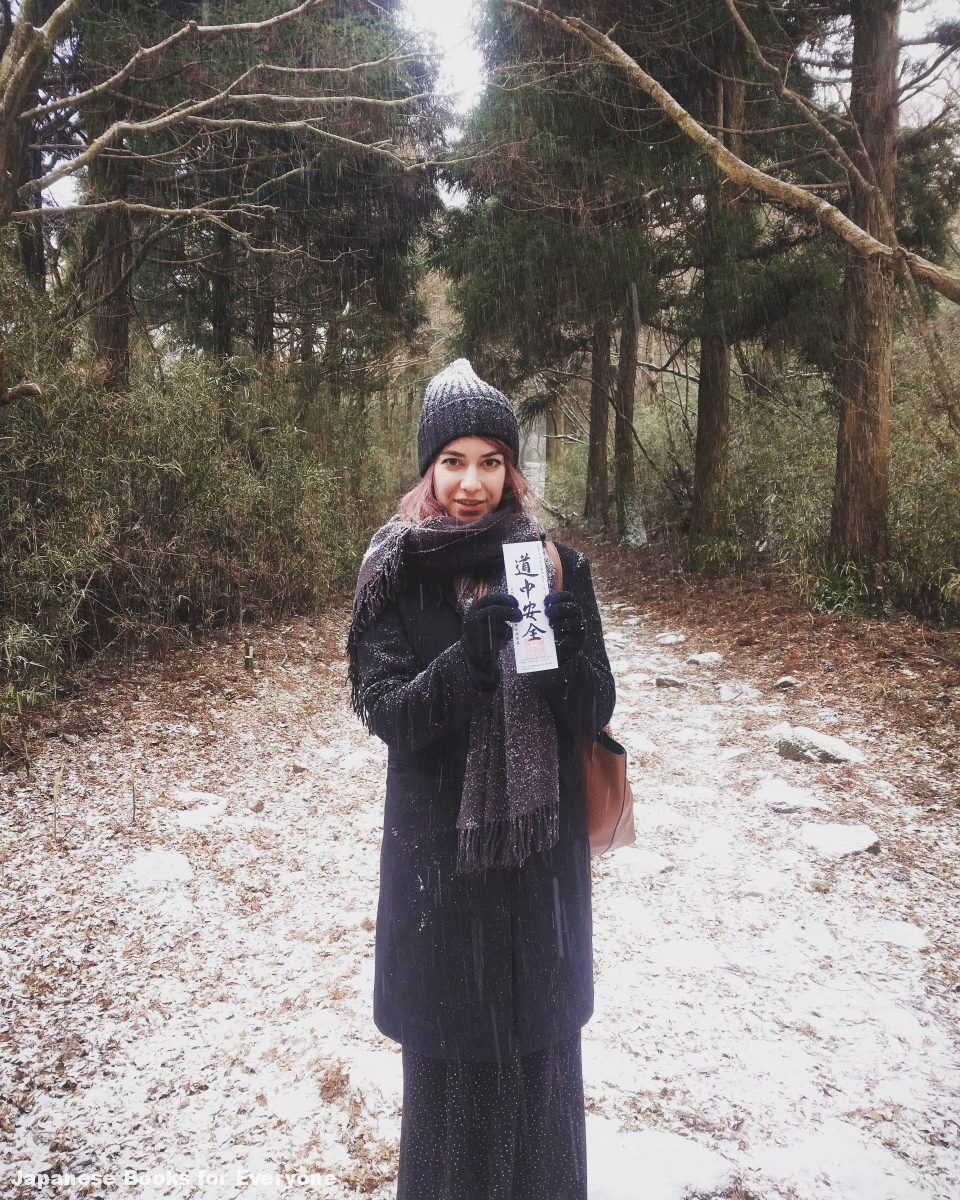 The more Devon watched and read about plays, her interest in the traditional Japanese art grew. One book that really stood out on the shelf was Photographic Kabuki Kaleidoscope. “I believe that the more you know about something, the more you can appreciate it, the more you want to know, the more you come to love and even crave it. They always say, the most meaningful and satisfying things in life take just a touch of extra effort. Best part is, though, learning through a book like this doesn’t feel like effort at all. Getting to see up-close photos of the props, sets, and makeup, you really get a sense of all the work that goes into these performances and the incredible skill these actors have. Thanks to Photographic Kabuki Kaleidoscope, I came to see an important side Kabuki that’s helped me enjoy the theater even more.”

A colorful explosion of artistry and epic skill!

I love that this book is laid out and written like you're taking a personal backstage tour of the theater with a famous Kabuki actor. Getting to see how the props and flamboyant costumes work gives you the perfect introduction to the world of the centuries-old tradition and helps you to appreciate all the work that goes into these impossibly dramatic stage productions. After reading this book, I couldn’t wait to get to the theater! I recommend Photographic Kabuki Kaleidoscope for anyone interested in the traditional arts, language learning, Japanese clothing, history, the stage, macho duels, tales of tragic love—well, pretty much everybody! haha

Reported by Japanese Books for Everyone. Main photo courtesy of Kyoto Art Center.