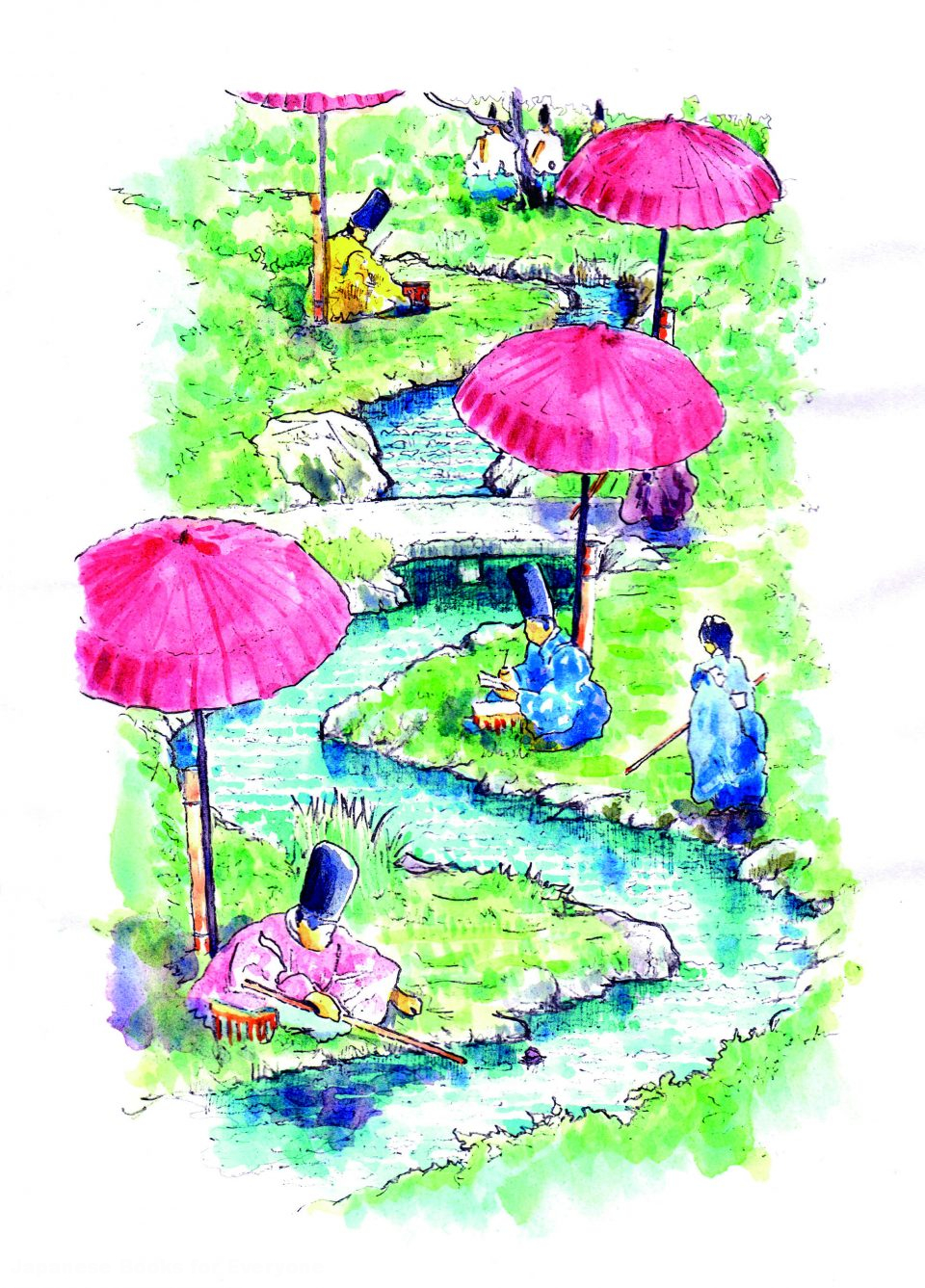 As pictured in the illustration above, World Heritage Site Motsu-ji in Iwate, holds annual sake and poetry parties.

Kyokusui (meandering water) is the name for the winding stream of water that feeds the garden pond. If there is no source of water within the grounds of the garden, the kyokusui will generally draw its water from a nearby stream.

Kyokusui no En (feast on the meandering water) is the name for a poetry party held along its banks. Cups of sake are set floating down the stream, and participants, sitting along the banks, must compose a poem before the cup reaches them.

This form of amusement originated in China. Its roots have been forgotten, but it has traditionally been held on the third day of the third month according to the lunar calendar (early May). Records indicated that a kyokusui no en was organized at least ten times during the Nara Period. Into subsequent periods and beyond, the event was held still more frequently. Even today, kyokusui no en are conducted every year at various places across Japan, like Jonan-gu Shrine in Fushimi, Kyoto and Motsu-ji Temple in Hiraizumi, Iwate prefecture.

The kyokusui of the Heian period mansions are usually called yarimizu, feeding streams. In the Sakuteiki, the oldest Japanese text on garden construction, it is written that the feeding stream should flow from east to southwest and past beneath the eaves of the house. 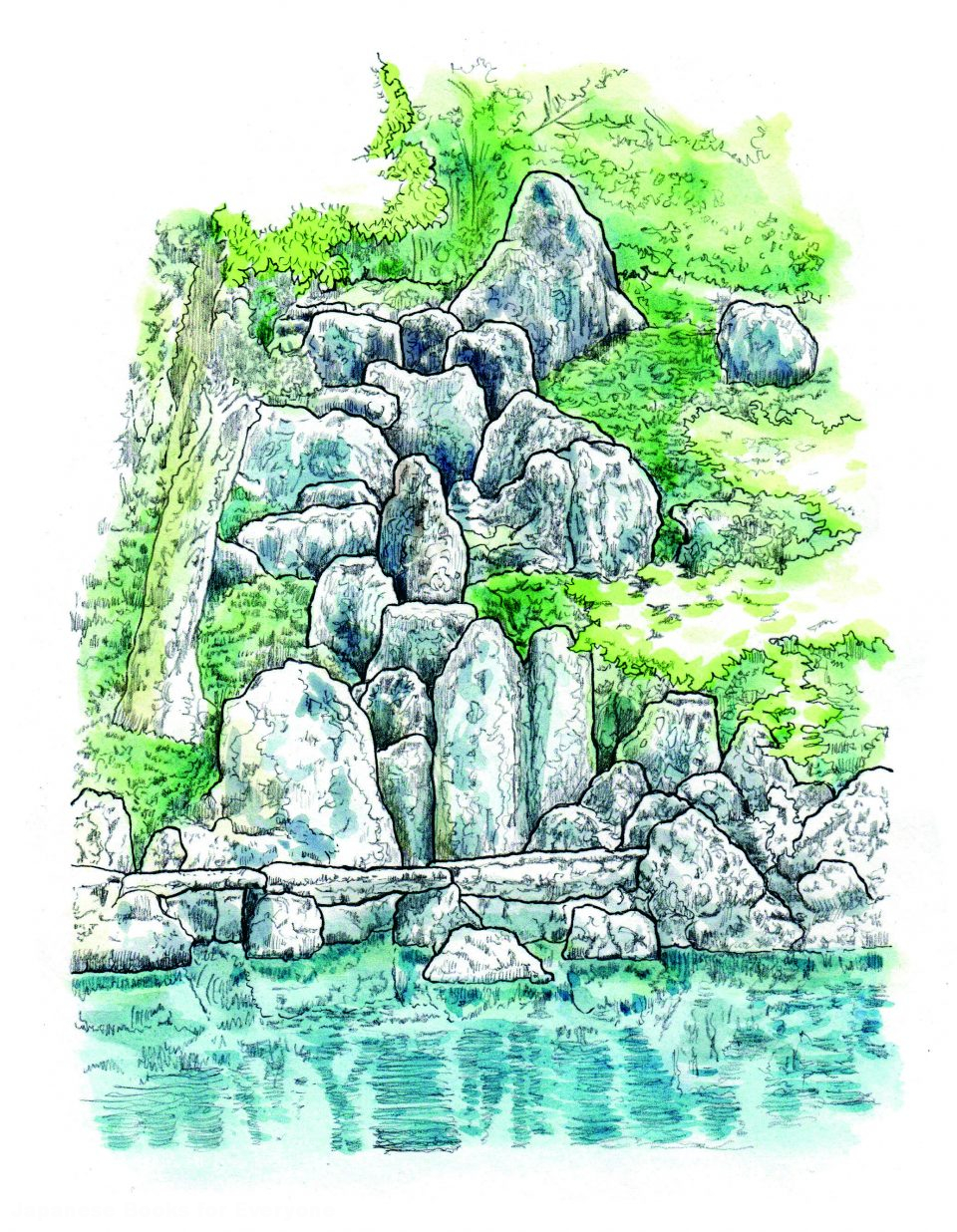 Waterfalls are a common feature of Japanese gardens. In the Sakuteiki, ten types of waterfalls are identified and named. Examples include nuno-ochi (cloth-falls) that flow slowly down as though washing a piece of cloth, and ito-ochi (string-falls) whose waters split up into many independent bands. In Japan, waterfalls are usually found deep in the mountains, and in a Japanese garden, waterfall arrangements will often be used to symbolize a deep mountain landscape.

Surviving examples of Heian period waterfalls are few, but some have endured, such as the Nakoso Waterfall at Daikaku-ji Temple and the Seijo Waterfall at Hokongoin Temple in Kyoto. With the birth and rise of the Zen garden between the thirteenth and sixteenth centuries, ryumonbaku (dragon gate falls) become popular. These were waterfalls themed on the Chinese legend of a carp struggling up the current of the Yellow River and becoming a dragon.

Flowers by Hokusai: A Series of Ukiyo-e

Hokusai, a visual magician, depicts the brilliant sparkle of life

Enjoy the amazing world of Hokusai! Hokusai injects new life into the traditional motif Kacho Fugetsu (flowers, birds, and the traditional themes of natural beauty in Japanese aesthetics) with his keen observation, attention to detail, and incomparable sense of design.