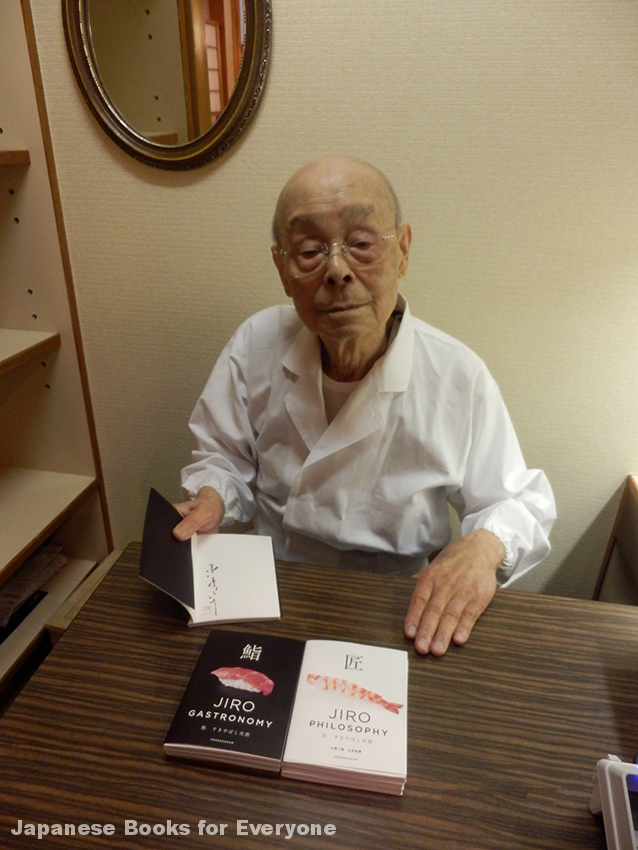 With a waitlist of 1,000 hopefuls at the home branch of Sukiyabashi Jiro, the closest thing to getting into the legendary restaurant for many foreign visitors is taking the obligatory photograph at the entrance. There, they’ll discover two Jiro books displayed at the counter: “Sukiyabashi Jiro, Gastronomy” and “Sukiyabashi Jiro, Philosophy.” Jiro Ono (photograph) delicately autographs these books for those who stop by to pick up copies. This may be the biggest treat for the visitor unable to eat sushi molded by the master chef’s hand. Some 10,000 copies have already been purchased as take-home souvenirs.

“You can have fish delivered on the same day to Shanghai and Singapore from Tsujiki.  And, several copies of these books often are included in the package,” says Yoshikazu, Jiro’s eldest son and manager. He continues, “the kanji character for sushi (鮨) combines the radical for fish (魚) with the character for delicious(旨). We created these books in our desire to inform non-Japanese about seafood, sushi and its proper dining etiquette.” These days, with the rise in sushi knowledge, you see a decline in foreigners allowing nigiri to dry out while they photograph it or clumsily dropping sushi from their chopsticks. “In Western culture, enjoying conversation over a leisurely meal is the norm. Taking a seat at a sushi counter is an entirely different experience,” Yoshikazu continues. “Swiftly taking the nigiri in the spirit of the artisan who has made it is the true style of Edomae-zushi.” The Jiro books are also must-reads for Japanese taken aback by Yoshikazu’s words. 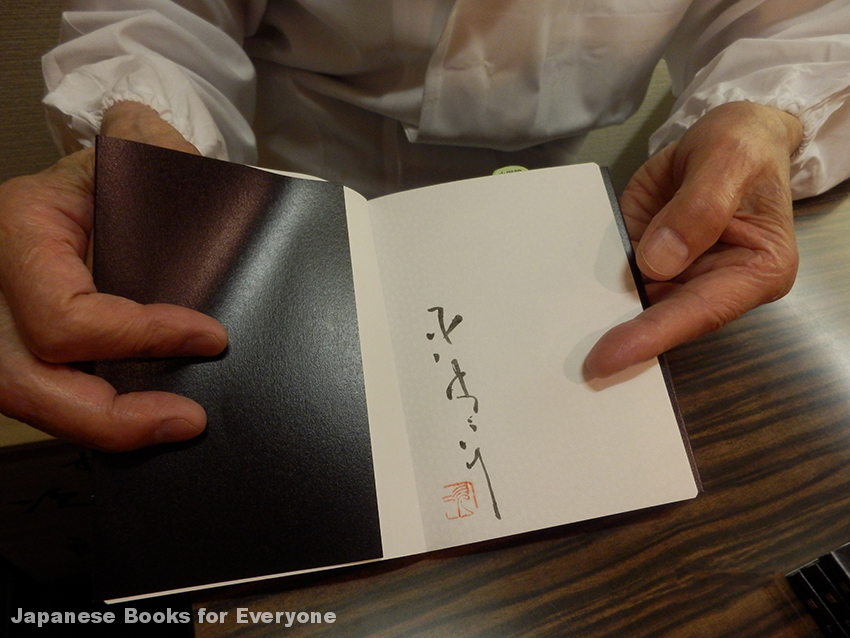 From the age of nine until I was 16, I worked as an apprentice at a restaurant. Just when I mastered the basic skills I was sent to work at a munitions factory and from there I was conscripted into the military.  After returning home, Japan was impoverished from the war and it was a while before I could prepare something as extravagant as sushi. Ever since those days, I have continued preparing sushi with the belief that it goes without saying you have to pour your all into everything you do. This is why I am still standing here today. In this day and age, my words could be mistaken for boasting. But I say this because young people today often will do things only when asked.  However, in order to be a full-fledged craftsman you have to push yourself beyond your limits, even to go as far as stealing your master’s techniques.  That’s how Shiro [Chef Shiro Kashiba, Sushi Kashiba in Seattle], who worked harder than the others, got ahead. Succeeding in the sushi business overseas is no easy feat.

Photo and Text by Japanese Books, Translated by Kate Klippensteen