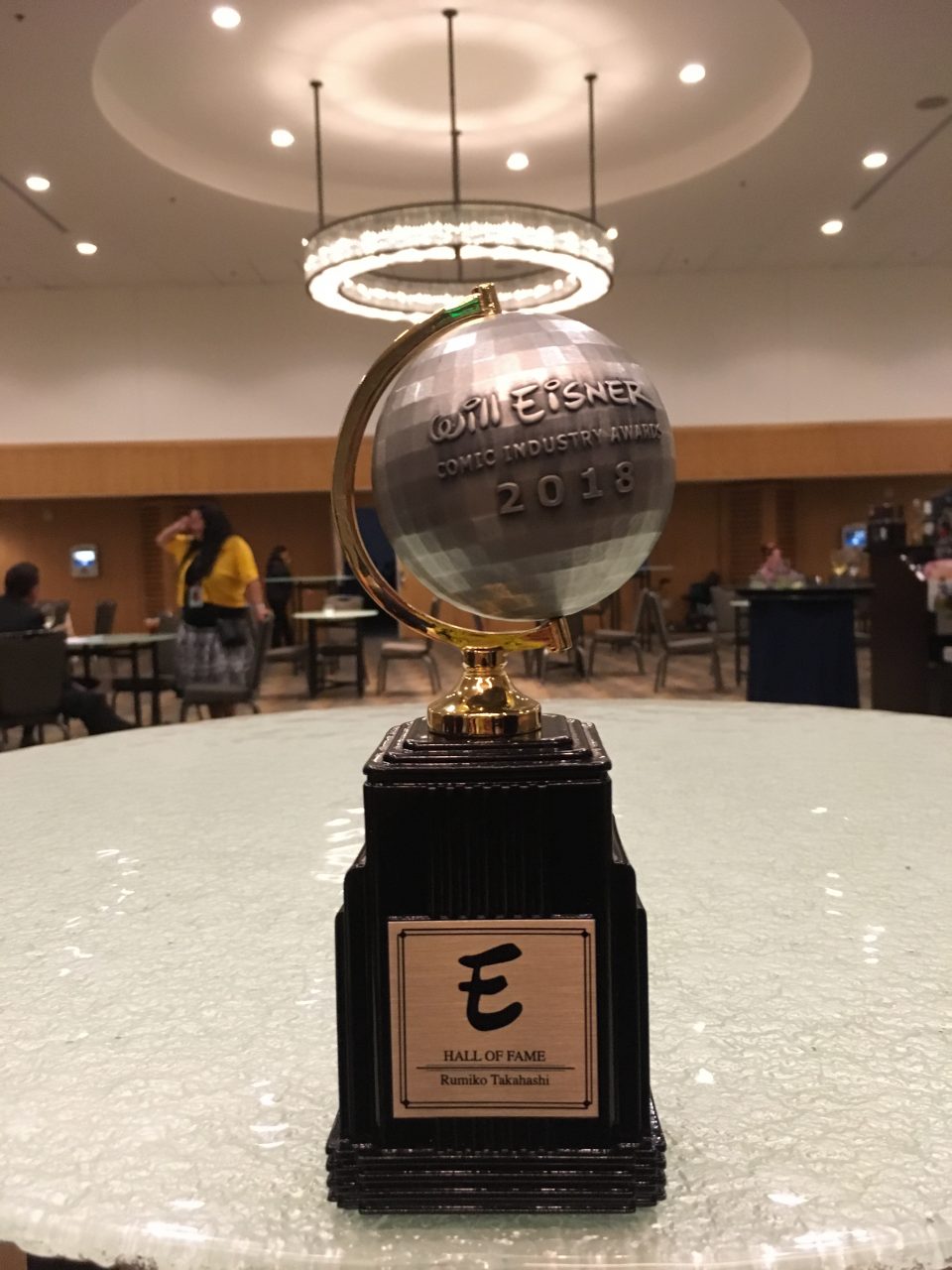 Every year at San Diego’s Comic-Con, the Eisner Awards recognizes outstanding comics from across the globe. This year, Shogakukan’s own International Media Producer Mitsuru Saito traveled to Comic-Con to accept this award on behalf of Rumiko Takahashi, renowned author of such smash-hit manga series as Ranma ½ and Inuyasha. Although Takahashi has received a number of prestigious awards throughout her career, this win marks the first time in Eisner Awards history that a female manga creator has been inducted into their Hall of Fame. Mr. Saito and Shogakukan are honored to have been able to represent such a brilliant creative as Takahashi. 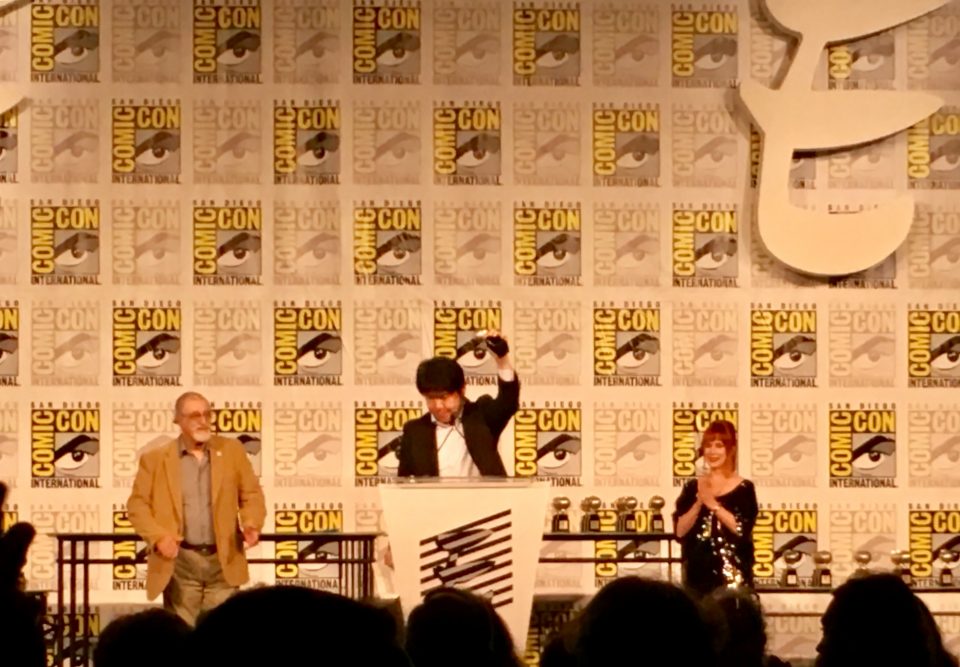