TOP Features Teaching My Daughter to Speak Better Japanese than Me 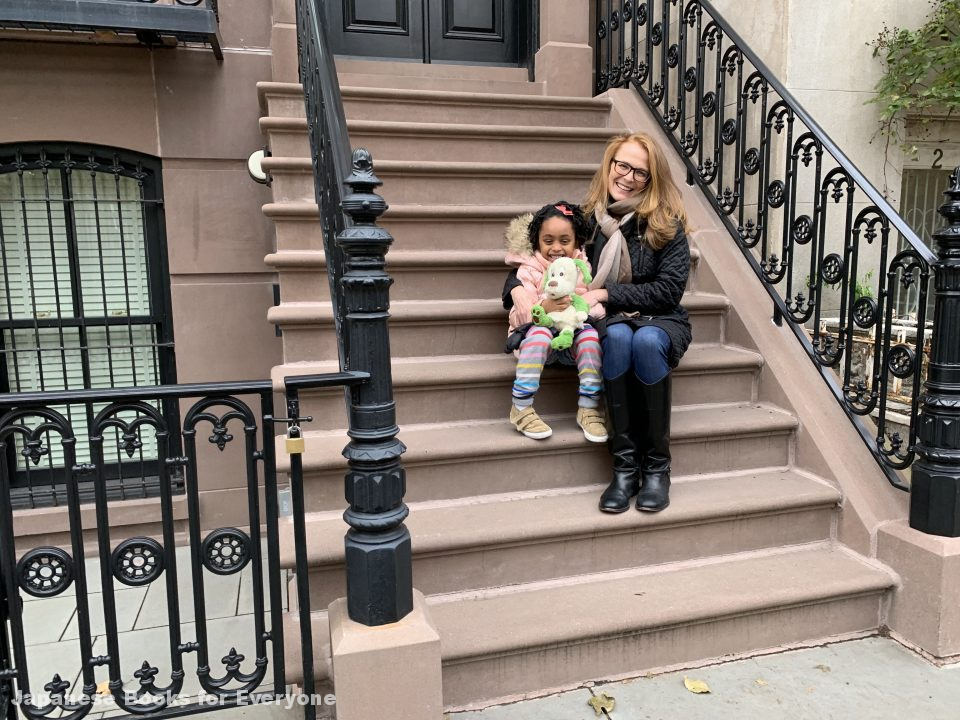 Teaching My Daughter to Speak Better Japanese than Me

In her college and graduate school days, Laura studied multiple times in Japan, focusing on Edo period (1603-1868) art and Japanese woodblock prints. In 2009, she founded New York-based My Curator, a company specializing in Edo period art consulting. Three years later, she received a doctorate degree in art history from the University of Wisconsin with a dissertation entitled, The Utagawa School: Continuity, Competition, and Collaboration in Edo Print Culture. This year, Laura will move to the Pacific Northwest, where she will be taking on the curator of Japanese art position at the Portland Japanese Garden. Laura is also the author of notable works Adornment in Clay: Ceramic Netsuke from the Richard R. Silverman Collection (2010), Strong Women Beautiful Men: Japanese Portrait Prints from Toledo Museum of Art (2005), and Competition and Collaboration: Japanese Prints of the Utagawa School (2007). 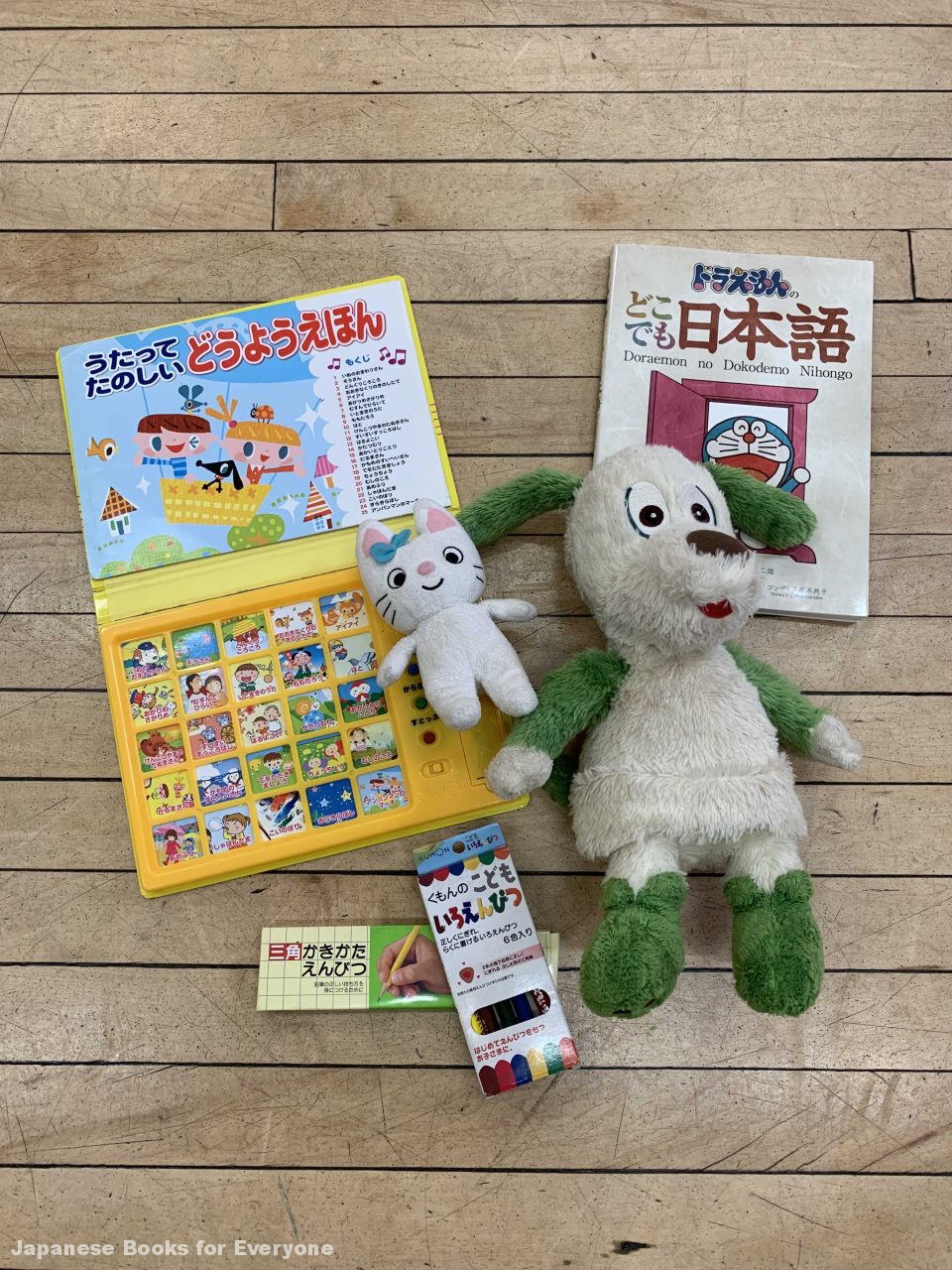 “Ama-chan”—this is Laura’s nickname for her daughter, Amara. Attaching the cute and familiar “chan” to a girl’s name may be a custom particular to Japan, but for someone who’s been there as many times as Laura has, it’s a natural habit to form. But it doesn’t stop there—Laura is raising her only daughter to become familiar with the culture so intently that language at home is restricted to Japanese. “I really want my daughter to be much more fluent in Japanese than I am,” she explains. “I want her to have a broad outlook on life that can only come through having a thorough knowledge of multiple world cultures. Even Amara's favorite books we read aloud together before bedtime are in Japanese. She loves Japanese picture books, DVDs, and toys, and has recently started being interested in the Doraemon  TV series.”

Because her daughter is interested in the lovable robot-cat Doraemon, Laura picked up a copy of Doraemon’s Anywhere Japanese from New York’s Kinokuniya bookstore. “The book follows the typical lifestyle in Japan and the usage of the language is really interesting. Plus, it features Doraemon manga, so it’s easy to understand! The dialogues are a little advanced for a six-year-old language learner, but I think she’ll definitely grow into them as she grows older.” The photograph below shows Laura and Ama-chan with Shinto attendants at the New York Japan Society's  Shichi-Go-San, a festival celebrating children aged three, five, and seven. 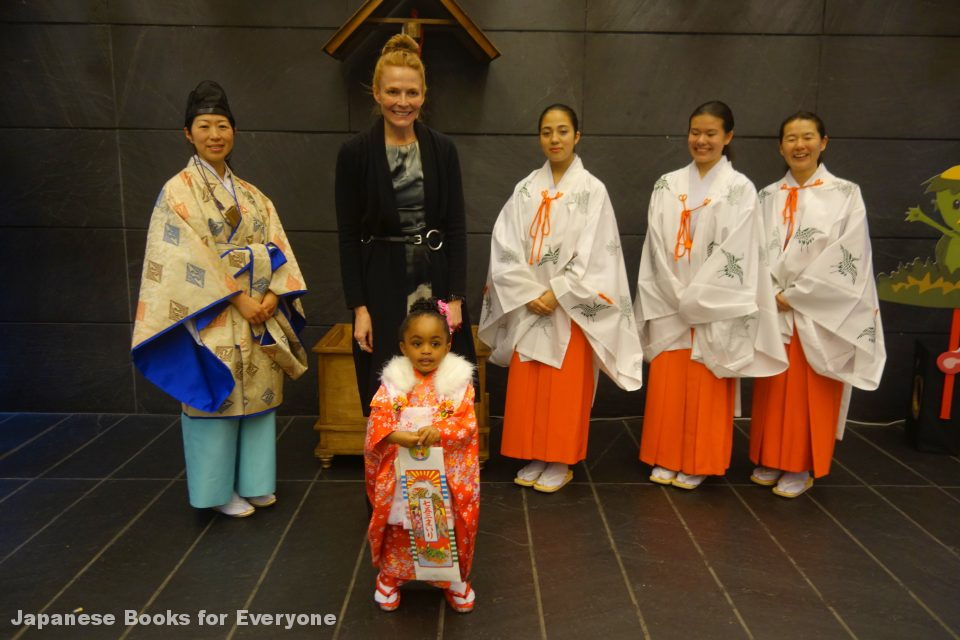 Every Saturday, Ama-chan goes to Japanese school to further her studies of the language. Since the time she started attending she’s made many Japanese friends. For her mother, playing while learning real-life Japanese is the absolute ideal. “It makes me think of my experience living in Japan for the first time in college,” Laura explains. “Although I had a foundation in the language from what I studied in America, I realized first-hand  just how complex and nuanced Japanese was when I had to live, study, and work there. Japanese is profoundly difficult. But once I understood that, I was even more drawn to the language and the culture, and decided to set myself on a path toward a career as a curator of Japanese art. I truly think that to speak a foreign language fluently, it is essential to obtain a deep knowledge of the customs and culture; and for Japanese that takes a very long time.”

I think using manga to learn Japanese is a great way to keep language learning fun, and to keep children engaged and motivated. For someone like me who has studied abroad several times and has lived in cities like Kyoto and Kanazawa, the lifestyle, customs, and annual festivals of Japan depicted in manga feels real and nostalgic. This book brought back memories of my first time living in Japan, the things I discovered, and the surprises and cultural connections I experienced.